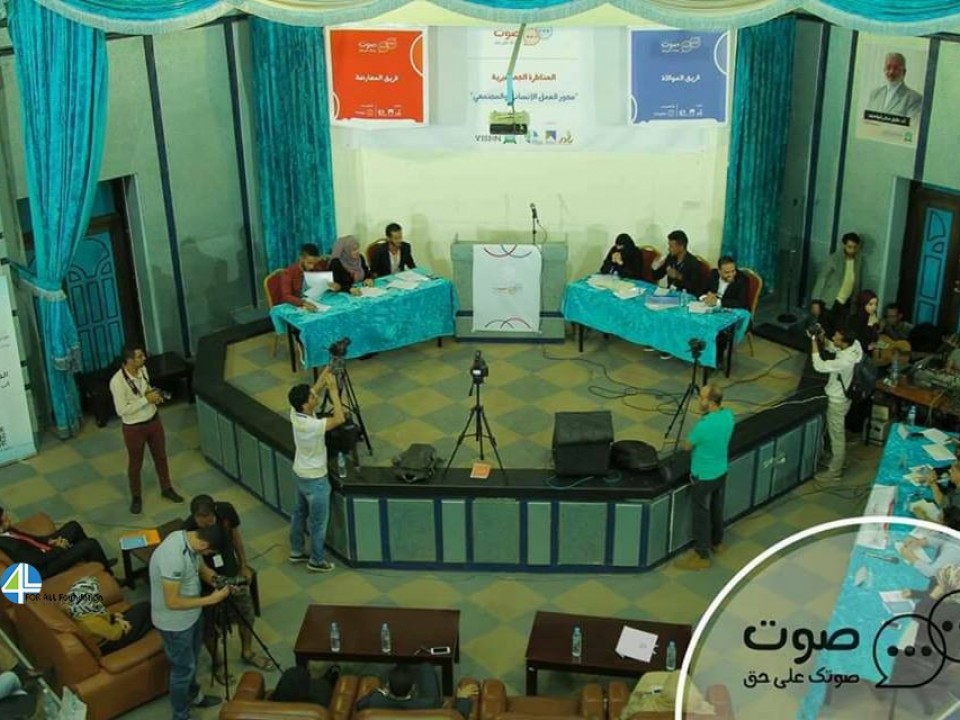 The first public debate on "Humanitarian and Community Action" was held on Monday, 4 June 2018, with the generous hospitality of the University of Science and Technology. At the beginning, Mr. Abdul-Jalil Al-Nimri, project manager, welcomed all the attendees from the audience, the jury, consultants and public attendance. He said that the project seeks to empower young people in the corresponding techniques and provide spaces and platforms to express their views smoothly and systematically. Nawaha on the need to spread the culture of the landscape and work to intensify such activities as it promotes confidence and feel the importance of youth began a debate on the first thesis, "International organizations working transparently" This thesis was supported by the team of loyalists: